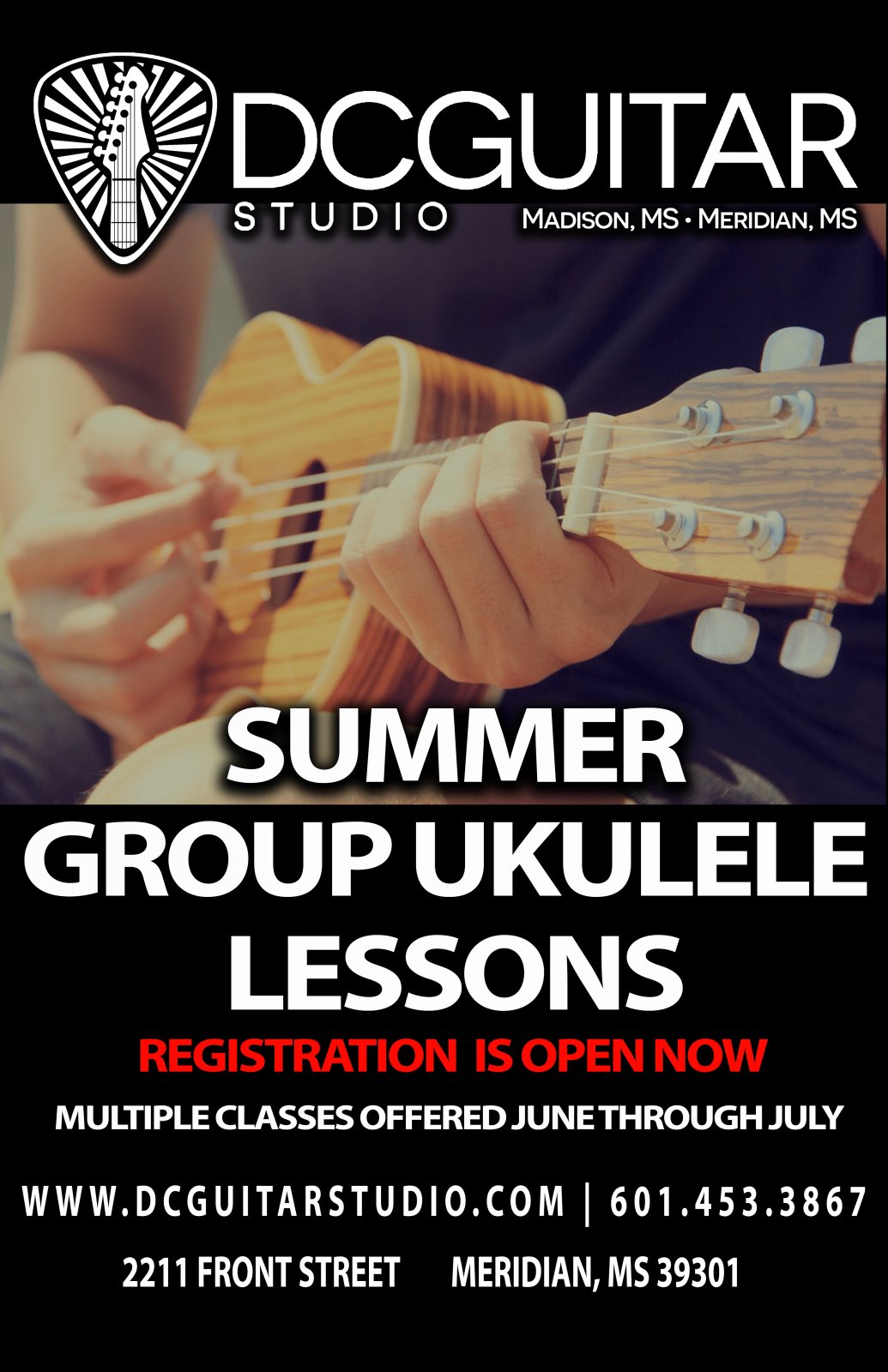 Ukulele 101: Introduction to the Ukulele and Basic Principles

Length : 6 weeks of 45 minute sessions (Once per week)

The ukulele is an excellent instrument on which to learn how to play music. It's relatively simple to learn, easy to tote around, inexpensive, super fun, and timelessly popular!  In this ensemble, we will jump right into the fun stuff and learn how to play music on the ukulele. By the end of the course, students will know a few chord positions, will be able to play a couple of songs on the ukulele, and be able to sing along.

Skill Level:
beginner
Materials Included:
Instructional Materials Supplied
Requirements:
Instrument to take to class and practice at home with. (Tuner recommended)
Instructor Bio:
Dan Confait started playing guitar as young teenager and developed a passion for music. He started his college education at Meridian Community College where he studied music and performed in the MCC R&B Group - Dimensions, MCC Choir, the MCC Jazz Band, and the MCC Classical Guitar Ensemble. During his time at MCC, Dan received the H.M. Ivy Award and competed in the Mississippi Guitar Festival where he won first place in his category. Dan then continued his studies to the University of Southern Mississippi as a Music Theory/Composition major with an emphasis in guitar and vocals. During his time at USM, Dan performed at various restaurants and bars as a solo performer and with various bands. He then joined the rock band, Sypher, as the touring bass player. During the next few years, Dan would get to share the stage with many talented and accomplished musicians including Wes Lee, Saliva, Pop Evil, Evan's Blue, Taproot, and none other than Duff McKagan (of GnR)! Dan moved to the Jackson area in 2010 and has taught over 150 students the joy of music. In the Spring of 2014, Dan founded DC Guitar Studio in the Madison area with hopes of growing the music scene in Madison. Dan also continues to perform locally at weddings and various restaurants and bars.