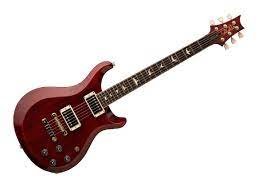 The PRS S2 McCarty 594 Thinline electric guitar is an all-mahogany, thin-body guitar with a powerful voice! It really does cover all of the tonal possibilities – it doesn’t matter if you are looking for authentic humbucking tones or nuanced, sweet single-coil sounds, the PRS S2 McCarty 594 Thinline can seamlessly master both sonic territories thanks to its 58/15 “S” pickups, dual volume control, and push/pull tone controls.

PRS S2 McCarty 594 Thinline Electric Guitar Features The PRS S2 McCarty 594 Thinline is addictive to play, thanks in part to its all-mahogany body, versatile control layout, and bound 22-fret Pattern Thin neck. The distinctive, powerful voice is backed by modern construction, so it plays in tune, stays in tune, and is intonated the entire length of the neck. A zinc two-piece bridge and vintage-style tuners anchor this guitar and stay true to the promise of the McCarty family. When you play a PRS S2 guitar, you’ll enjoy a steadfast build and true performance excellence. By adding McCarty DNA to the mix, you’ll go to an entire new level completely!


Designed to capture the heart of the McCarty family of instruments and stay true to the S2 Series spirit, the PRS S2 McCarty 594 Thinline stands on its own as a gig-ready workhorse for the player who wants to cover a lot of musical ground. True to PRS form, there are a number of wonderful finishes available that cover a spectrum of vibrant colors and striking bursts.