SUM41 - Does This Look Infected? 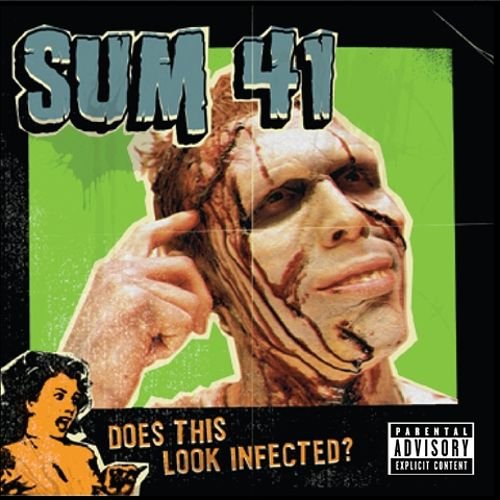 Sum 41 album three, Does This Look Infected?, is much like Sum 41 album two, which was much like their lesser-known indie debut, Half Hour of Power. Which means, Does This Look Infected? sounds much like the work of Blink-182's snottier kid brothers, who are just in it for good times. Frankly, it's kind of a relief to be spared both the smutty double entendres and the self-pity, and while they still rely too much on processed guitar distortion and have sparkling productions, Sum 41 makes up for that cleanliness with vigorous performances and simple, catchy hooks. It's pretty fun, particularly since the whole affair is blissfully short at a few minutes over a half-hour, giving it a nice, punchy effect. There's nothing here that's unexpected, but it's delivered well, so it's a fun little record...but it's not much more than that, either.